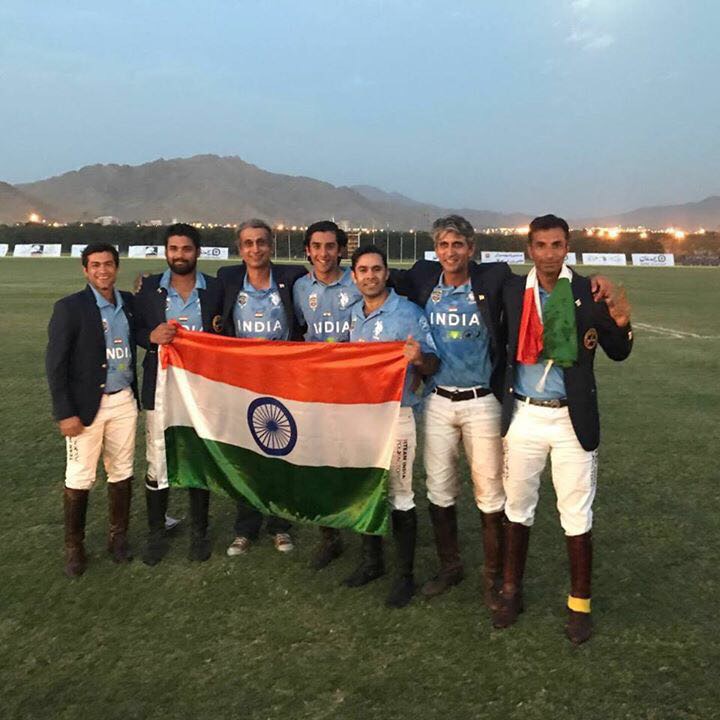 Jaipur, 8 July: In a fast moving match Indian Polo team emerged victorious against Pakistan in the Play off Zone E in Tehran on late Friday evening. As many as 15 goals were scored during the high scoring match. By virtue of this win India will now play for the finals of the World Cup in Australia in October.

The first Chukker saw India lead 4-1 with Dhruvpal Godara scoring 2 goals and Maharaja Padmanabh, Siddhant Sharma scoring 1 each. In the second Chukker Pakistan had caught up by scoring 3 goals. However Maharaja Padmanabh also scored in this Chukker with India retaining lead 5-4. The third Chukker witnessed Pakistan scoring 2 more goals, however, Dhruvpal also scored through a penalty. The scores were now 6 goals each. In the last Chukker Siddhant scored a field goal while Dhruvpal also scored through a penalty. Pakistan could score only 1 goal. India thus emerged victorious 8-7. In all Dhruvpal scored 4 goals, Maharaja Padmanabh and Siddhant scored 2 goals each.

This was India’s third victory the first two being against Iran and South Africa.

The Pakistan player Ahmed Tiwana fell from the horse during the match and suffered a serious injury. He is currently in the ICU. His place was taken by Mohammed Khan.

Maharaja Padmanabh Singh said that the intense training and focus helped the Indian team maintain its winning spree. He thanked the coach Uday Kalan and the Indian Polo Association for the opportunity provided to the players in terms of high class coaching. He further added that the team was motivated enough to bring the World Cup to India the way his grandfather Sawai Mansingh II had in 1957.