From the farms of Rajasthan, Olive Tea will now be hitting the markets of Europe.

HomePress ReleaseFrom the farms of Rajasthan, Olive Tea will now be hitting the markets of Europe. 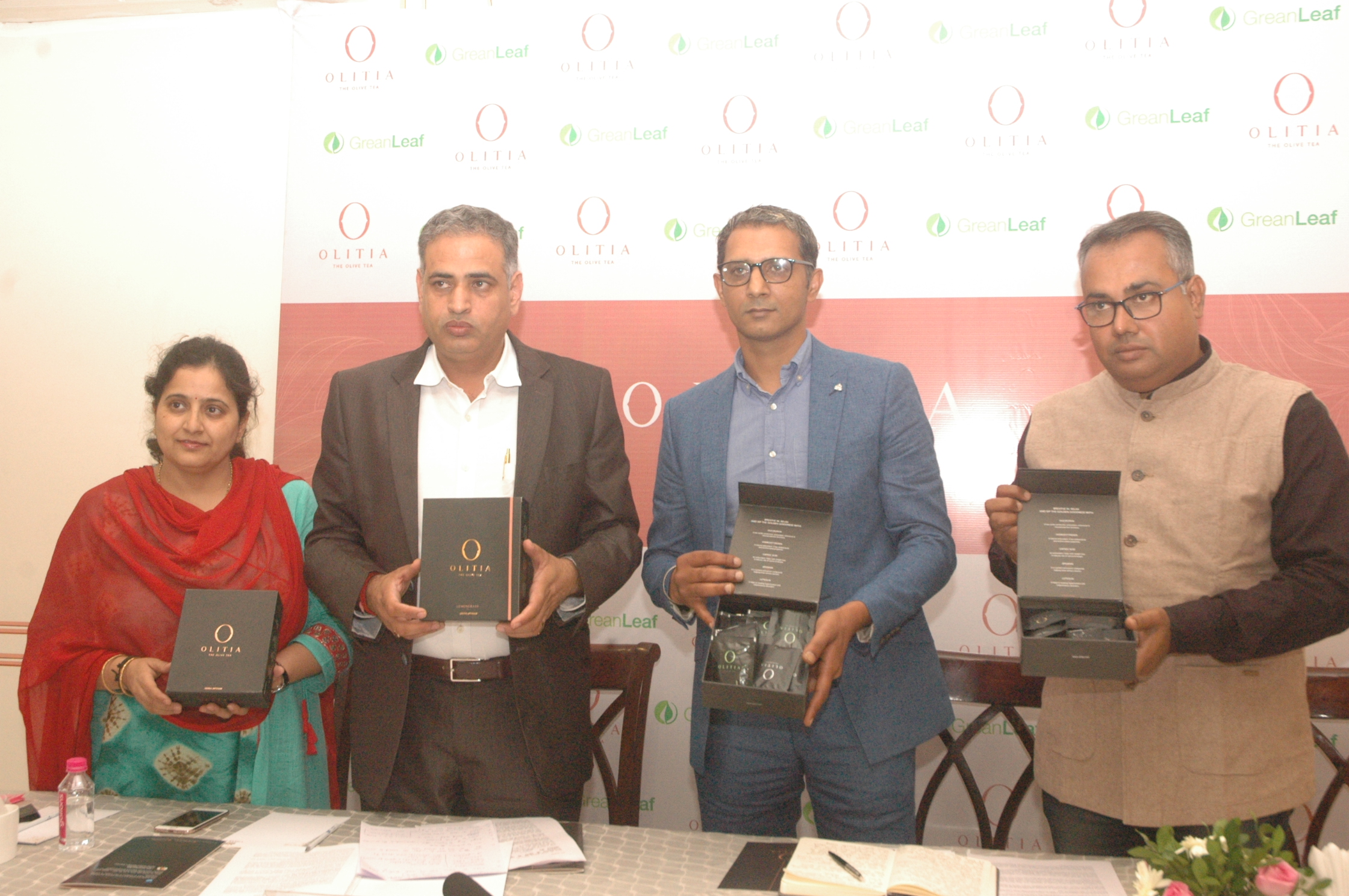 From the farms of Rajasthan, Olive Tea will now be hitting the markets of Europe.

Olitia Foods Pvt. Ltd. has entered into a partnership agreement for distribution across UK and the rest of Europe with Mr. Vincent Terranova and Mr. Gurdeep Singh of Greanleaf Trading Company from the United Kingdom. In the first phase, they will span over UK and then venture to the other European countries. This agreement has been done for a substantial amount of olive tea. Greanleaf plans to approach stores like Tesco and Sainsbury’s.

Olitia Foods has brewed up an alternate to green tea. After years of research, they have come up with the world’s first processed olive tea. This is the first time in the world that machinery has been tailor-made for crushing, tearing and curling of the olive leaves.

It was in 2007 that the Government of Rajasthan started cultivating olives considering that the climate there was suitable for olives. With the help of technology from Israel, they had planted olives on 5000 hectares of land.

An MoU was signed between Government of Rajasthan and Olitia Foods Pvt Ltd in GRAM 2016 for producing olive tea. Olitia Foods had promised an investment of INR 10 crores for the same. This step aligns with Prime Minister Narendra Modi’s vision of doubling the farmers’ income.

Dr. Prabhu Lal Saini, Agriculture Minister of Rajasthan, says that the lab tests have confirmed the presence of a strong antioxidant called Luteolin in olive leaves that can even help prevent several types of cancer — blood cancer, prostate cancer and ovarian cancer. After the studies and lab tests confirmed these properties of the olive leaves, the decision to process them was taken. It will medically benefit those who suffer from mental stress, cardiac disease.

Mr. Dharmpal Garhwal, Director at Olitia Foods, hopes to better the condition of farmers by involving in the cultivation of olives with the Government of Rajasthan. With the introduction of exotic crops, farmers are no longer dependent on the conventional crops. They can earn more profits for their efforts. Unlike other crops, olive plants don’t need soft water which is scarce in Rajasthan. Since olives don’t sprout throughout the year, olive tea leaves give farmers more income as these grow back in 40-50 days.

The olive tea is called a modern day elixir because its health benefits are more than any other tea. Packed with antioxidants, this tea clears your skin of toxins and carcinogens. It energizes you even when it has no caffeine. It reduces wrinkles, acne and gives the skin a young glow. It eats away cholesterol and reduces blood pressure. It improves immunity and hence prevents cold and flu.

Olitia Foods is looking forward to give the world a modern day elixir, the olive tea. They have also received proposals from various countries including the USA and from the Gulf for MoUs. This product being produced by the farmers of Rajasthan will reach all across the globe.