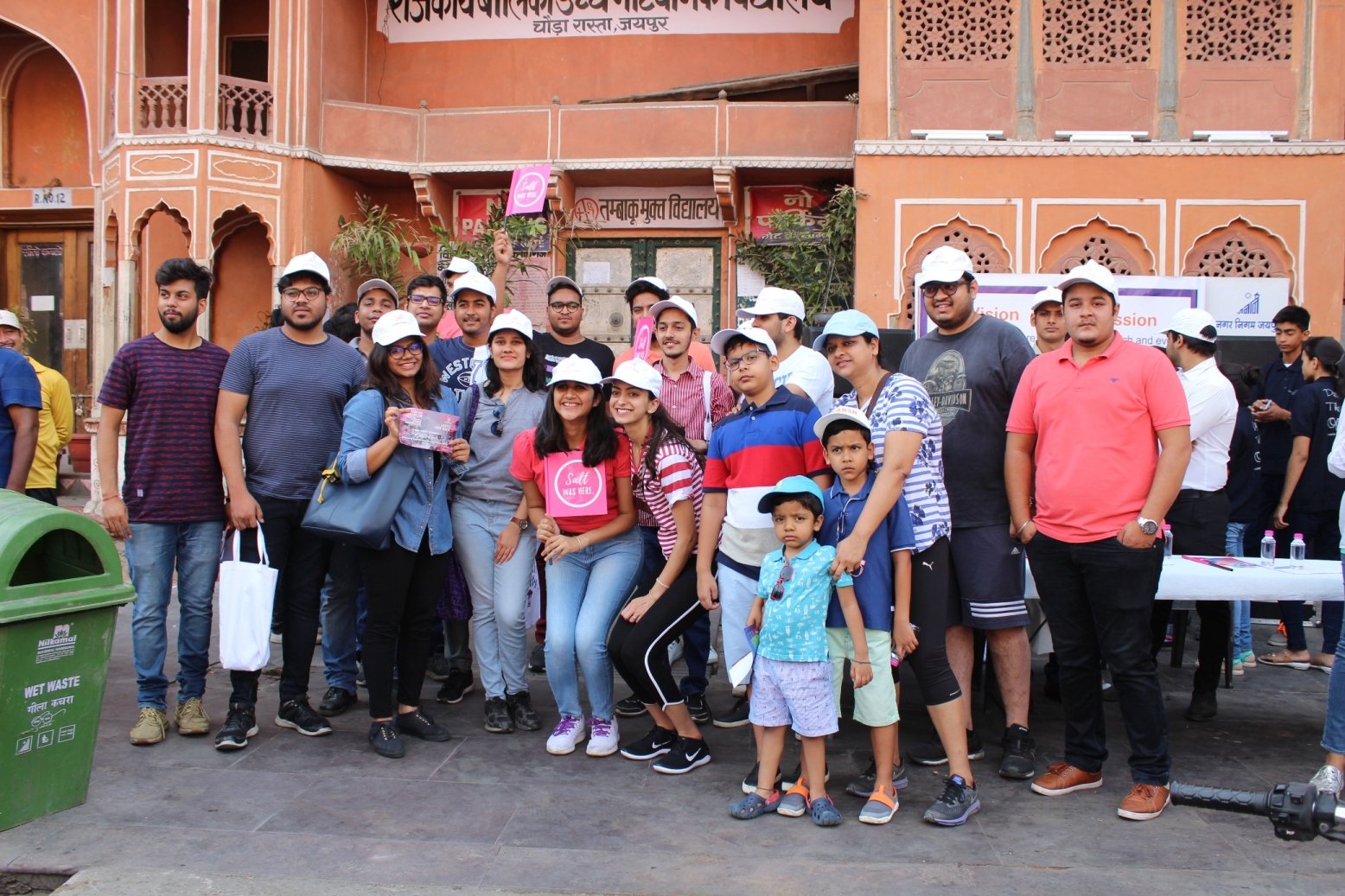 For the food lovers of Jaipur, Sunday morning began with a taste of traditional eats and drinks from popular vendors of the city. The occasion was the 2.5 km long Salt Food Walk in the by-lanes of the walled city. Over 50 participants took part in the guided tour which involved visiting the traditionally popular food vendors of Jaipur. The walk was organized by Salt Food Festival in association with Gyanjee caterers.

The guided tour commenced from the Samrat shop in Chaura Rasta where one enjoyed Pyaz Kachoris  and Dal Pakwan over kulhad chai. To beat the summer heat, visits were also made to the famous Madhur Ras Bhandar and MK Lassi wala for their Ganne Ka Ras and Lassi respectively.  The other stops in the walk were Bhanwar Lal Kailash for their Moong Thal Ki Barfi, Kachori Wala Sweets for their famed Dahi Hing Kachori, Paratha Shop for Cheese Paratha, Shree Ji Khaman Waala for Khaman Dhokla as well as Jai Shree Ram Chat Bhandar for Kanji Vada.

During the walk, the participants were given flags, bags as well as caps to don. They were divided into different groups and each group was designated a guide to go around the shops. Popular food bloggers of the city were also seen engrossed in food photography while enjoying the eats.

Throwing light on the motive behind such an initiative, the organizer of the Salt Food Festival, Ms. Divolka Jain says that the objective of the walk is to reacquaint Jaipurites and tourists with the almost forgotten cuisine shops. It aims at reviving traditional taste of the city among locals.

Salt-the pink city food fest is a 2 day event which will be held on 20 and 21 October at Clarks Amer. The fest will feature alluring workshops by celebrity chefs, pop ups by food giants from around the country and market by home chefs, entertainment nights, among others. The festival has been organized in association with Gyanjee caterers.