FILMS FROM PORTUGAL, FRANCE AND FINLAND SCREENED AT THE EUFF

HomePress ReleaseFILMS FROM PORTUGAL, FRANCE AND FINLAND SCREENED AT THE EUFF 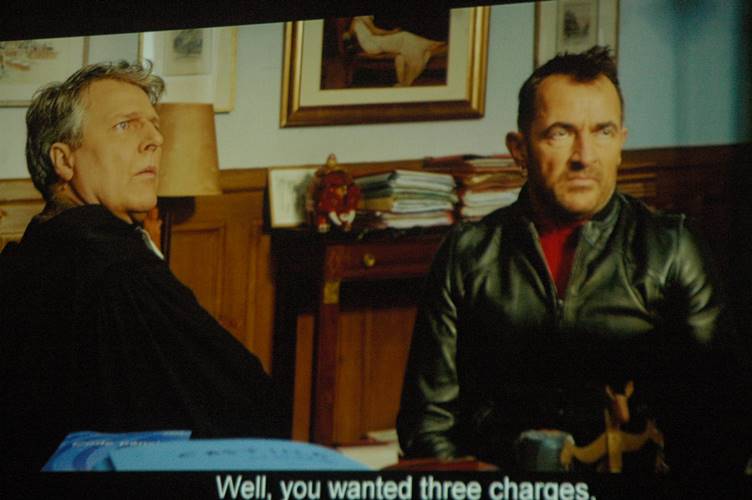 FILMS FROM PORTUGAL, FRANCE AND FINLAND SCREENED AT THE EUFF

The fourth day of the 5-day European Union Film Festival (EUFF) being held at the Jawahar Kala Kendra (JKK) began with the screening of a film from Portugal- ‘Mother Knows Best’ directed by Nuno Rocha. Later in the day, there was a screening of a French film ‘9 Month Stretch’ directed by Albert Dupontel and ‘Unexpected Journey’ by Samuli Valkama from Finland.

Sunday, 5 August will be the last day of the festival and film ‘A Wedding‘ from Luxembourg will be screened at 11 am, followed by ‘The Lesson’ from Latvia at 3 pm and ‘When You Wake Up’ from Lithuania at 6 pm.

A story is of Ana Luisa and her family scenes. Ana’s family unites to celebrate her father’s birthday and as the guests sit around the table they share old memories all with a common denominator – the late Josefa, Ana’s mother. Hearing the stories, Ana realizes the impact of her late mother’s decisions on the family’s life choices. She imagines what would have happened if she had chosen to take another path or said what was left unsaid.

An event of unknown origin causes a change in space and time, enabling people all over the world to access the parallel universes. Ana finally has the opportunity to change the Past uncover numerous secrets and hilarious situations of the past. Thus the movie explores the family relations and the importance of past and learning from it to make a better future.

A French high-energy, dark-comedy, the film tells the story of a young judge named Ariane Felde. Ariane is an adamant and hardened bachelorette whose life changes when she discovers she is pregnant. A paternal test reveals the child’s father is none other than Bob, a criminal charged for a frightful assault.

Ariane, who remembers nothing, tries to understand what happened and what she should be expecting as a pregnant mother. ‘9 Months Stretch’ humorously punctures prejudices of the French judiciary, that doesn’t allow a pregnant judge to ascend in her career despite being more than qualified to do so.

Veikko is a prejudiced oldster living in a suburban apartment block desiring to move to his summer cottage, 300 kms from Helsinki. Kamal is a 17 year old boy who wants to move from Finland to his father living in Nairobi, however, he does not have money for that.

The film captures their journey as they both set on a road journey as Veikko hires Kamal to take him to his cottage. Despite the age difference between them they still are similar to some extent to each other. It is this similarity that takes them on an unexpected journey back to their desired place.With a few surprise turns on the way, the film transforms into a tale of serene companionship and mutual understanding.