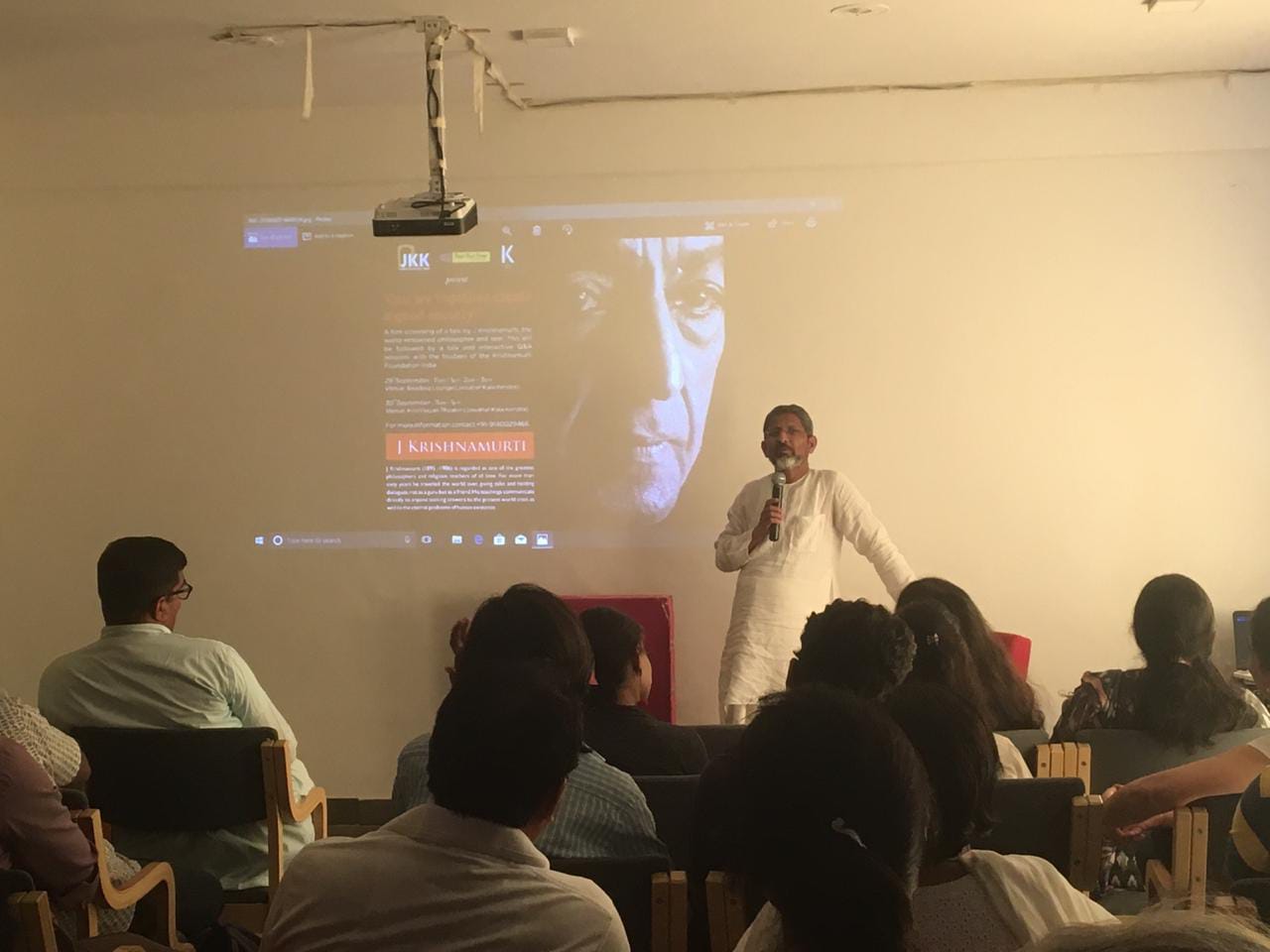 A film screening of a talk by one of the greatest philosophers and religious teacher of all time, J Krishnamurti was held at the recently opened ‘Book Lounge’ of Jawahar Kala Kendra (JKK) today. The event was organised in collaboration with Rajat Book Corner and Krishnamurti Foundation India.

The film titled – ‘Can we together create a good society?” sought to offer Mr. Krishnamurti’s free and non-sectarian approach solving the eternal problems of human existence. The film threw light on the fact that change will only come when we think as one mind free of individual biases. As a society, we need to understand to what others have to say. Without listening we will not be able to accept change and alter our perceptions.

Speaking about the concepts of the society, Trustee of Krishnamurti Foundation India, Swami Chidanand said that people need to stop judging each other and realise that despite coming from different backgrounds and experiences, at the end of the day are all just humans. We should follow the teachings of Buddha and rise above materialistic wishes. Trustee of Krishnamurti Foundation India, Vijay Chabbra said that throughout history various forms of power like democracy, monarchy, dictatorship, etc. were used to change the world, however, none succeeded. Unless we let go of our opinion we will never see a better world