“FARMERS MUST DIVERSIFY THEIR CROPS TO PROGRESS” — Rajasthan Agriculture Minister 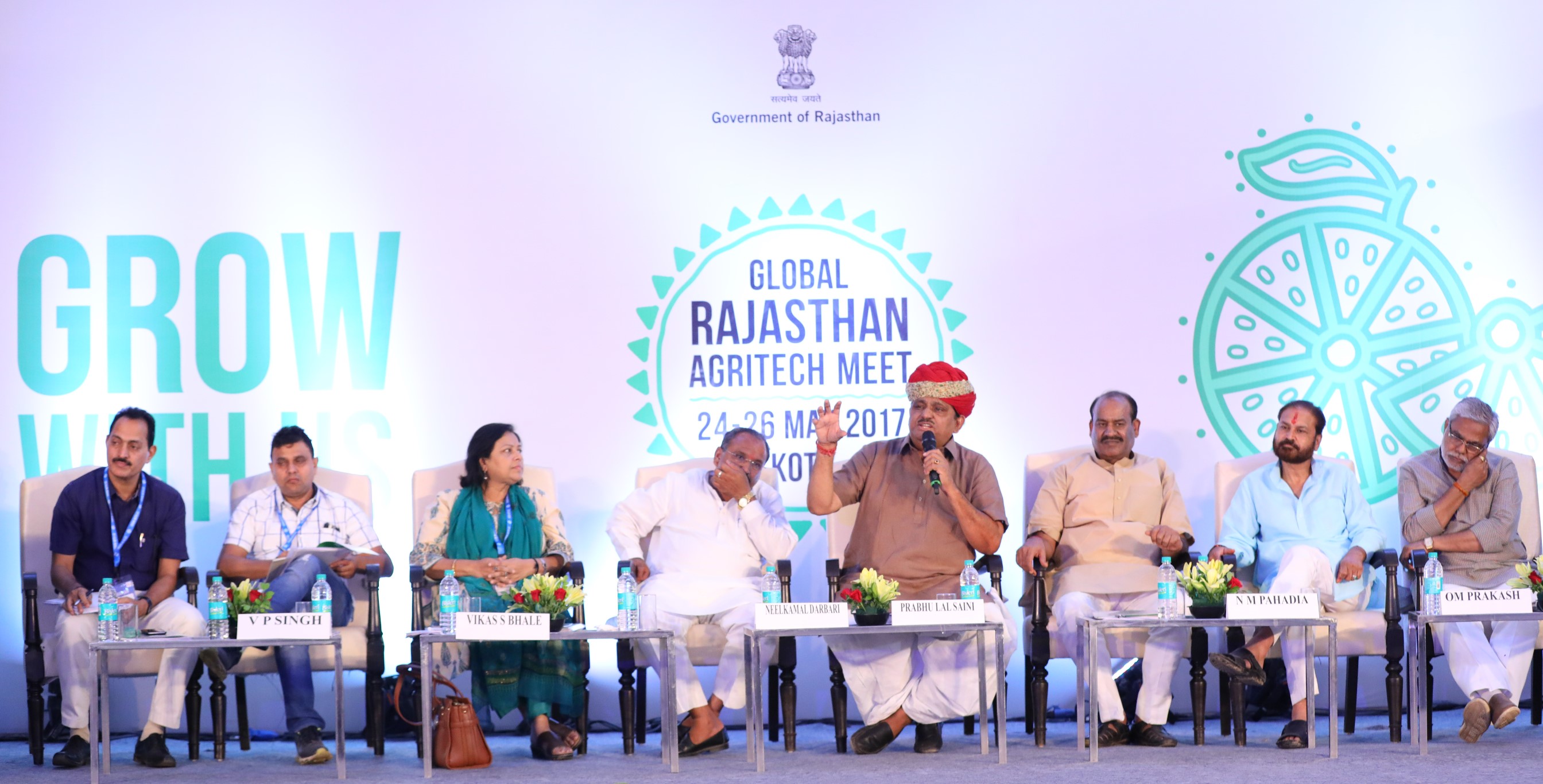 “FARMERS MUST DIVERSIFY THEIR CROPS TO PROGRESS” — Rajasthan Agriculture Minister

Kota, 23 May: Given the vagaries of weather and frequent droughts the farmer today will have to diversify his crops not only for survival but also for gaining prosperity. This can be done through adopting innovative and modern techniques in agriculture and allied sectors. This was stated by the Agriculture Minister, Government of Rajasthan, Mr. Prabhu Lal Saini today. He was addressing a press conference on the eve of Global Rajasthan Agritech Meet (GRAM) at Kota.

The mega agri-event is scheduled to be held in Kota from 24 to 26 May. It is organized by the Government of Rajasthan and Federation of Indian Chambers of Commerce (FICCI). The Inaugural Session will take place tomorrow 10 am at RAC Ground. On the occasion, the Chief Guest will be Union Minister for Urban Development, Housing & Urban Poverty Alleviation and Information & Broadcasting, Mr. M. Venkaiah Naidu. Chief Minister of Rajasthan, Ms. Vasundhara Raje will preside over the session. The event will be attended by 30,000 farmers over the 3 days and will witness seminars, conferences, Jajam Baithaks, exhibition and smart farm with live exhibitions.

The Minister further said that GRAM will be an appropriate platform for the farmers to gain information and knowledge relating to innovations in agriculture as well as the value addition of crops by way of processing, grading and waxing. The Jajam Baithaks will provide answers to the queries of the farmers in a lucid manner. Through the conferences and seminars they will stand to gain the latest trends and technologies in agriculture.

Furthermore, the Minister stated that this event will also be a forum for discussions relating to investments in the agriculture and allied sector. The Kota Division has huge potential for investments in agriculture, horticulture and animal husbandry. As many as 20 MoUs worth Rs. 1000 crores will be signed on 25 May relating to different projects for Hadoti region. Among these projects 9 will be for processing, 6 for mandis, 4 for cold storages and 1 for warehouse. He also informed that of the 38 MoUs signed during GRAM 2016, 25 are in active process of implementation.

Earlier Principal Secretary, Agriculture, Government of Rajasthan, Ms. Neelkamal Darbari said that  after the success of GRAM 2016 in Jaipur it was decided by the Government to hold a similar mega agri-event in Kota. The Division comprising of Kota, Jhalawar, Baran and Bundi districts has huge potential for increasing agricultural production, attracting investments in agri processing and contributing to doubling the farmers’ income. The event will also showcase modern farming technologies and cultivation methods through live demonstrations and plantations at the Smart Farm.  She further added that GRAM exhibition will be a platform for ‘Custom Hiring Center’ where a farmer can rent modern agricultural machinery.