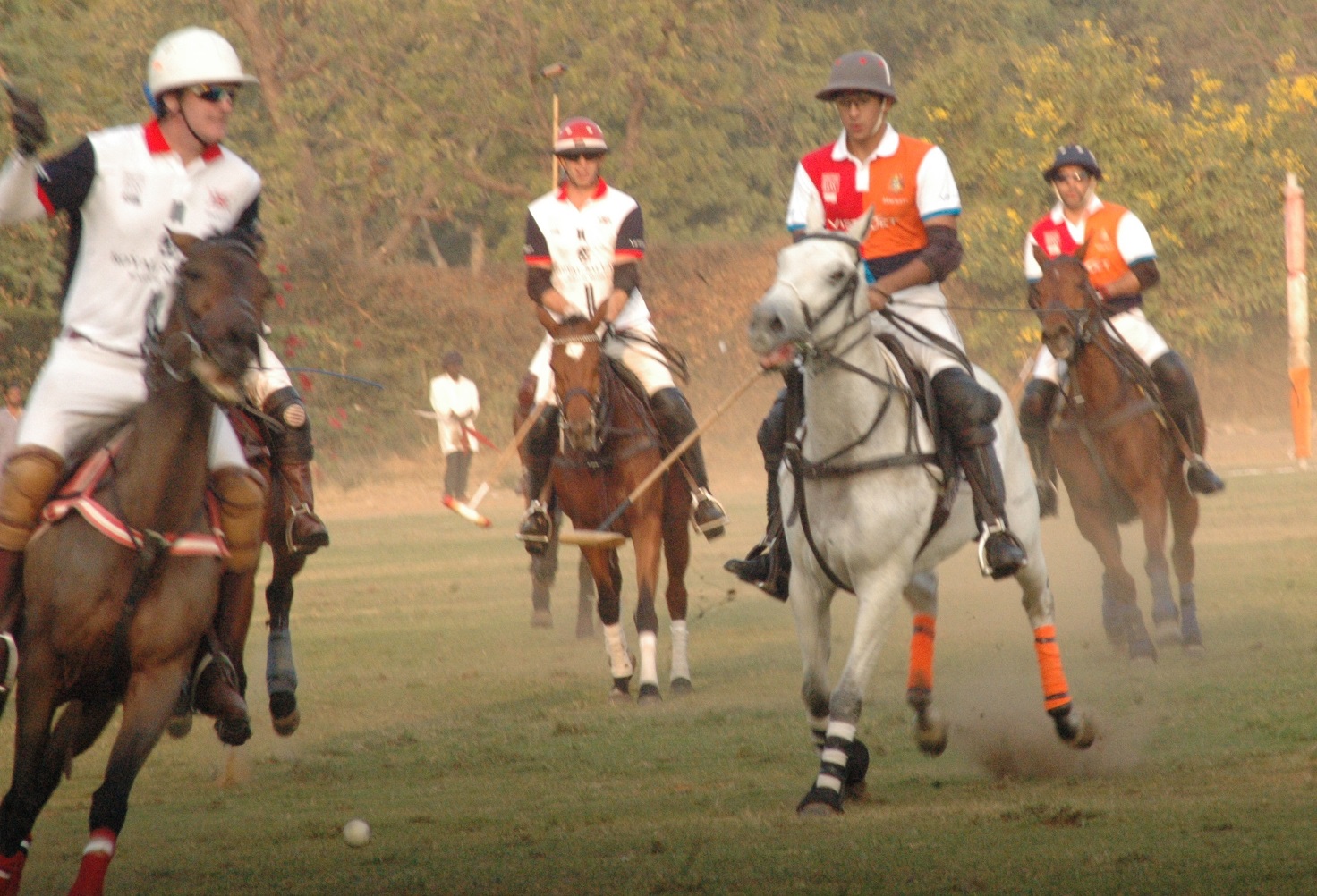 The 3rd edition of British Polo Day was celebrated with 2 exciting matches at the Rajasthan  Polo Club ground in Jaipur on 10 December. The first match was played between British Army team and 61 Cavalry team. In a closely fought match British Army won against 61 Cavalry 5 goals to 4 goals.

The second match was between British Exiles team and Jaipur Polo team. The Jaipur Polo team won the match in the thrilling last few seconds 6 ½ goals to 6 goals. HH Maharaja Sawai Padmanabh Singh of Jaipur scored the winning goal. From the winning team he and Abhimanyu Pathak scored 3 goals each.

There were also an equestrian display by the 61 cavalry riders. A Marwari horse dancing to the ethnic music was also the part of the show.

The prizes were given away by the Chief Guest, Rajmata Padmini Devi of Jaipur and the Guest of Honour, the British High Commissioner to the Republic of India, His Excellency Sir Dominic Asquith KCMG. Princess Diya Kumari was also present on the occasion.