ECHOES OF CLASSICAL MUSIC AT JKK 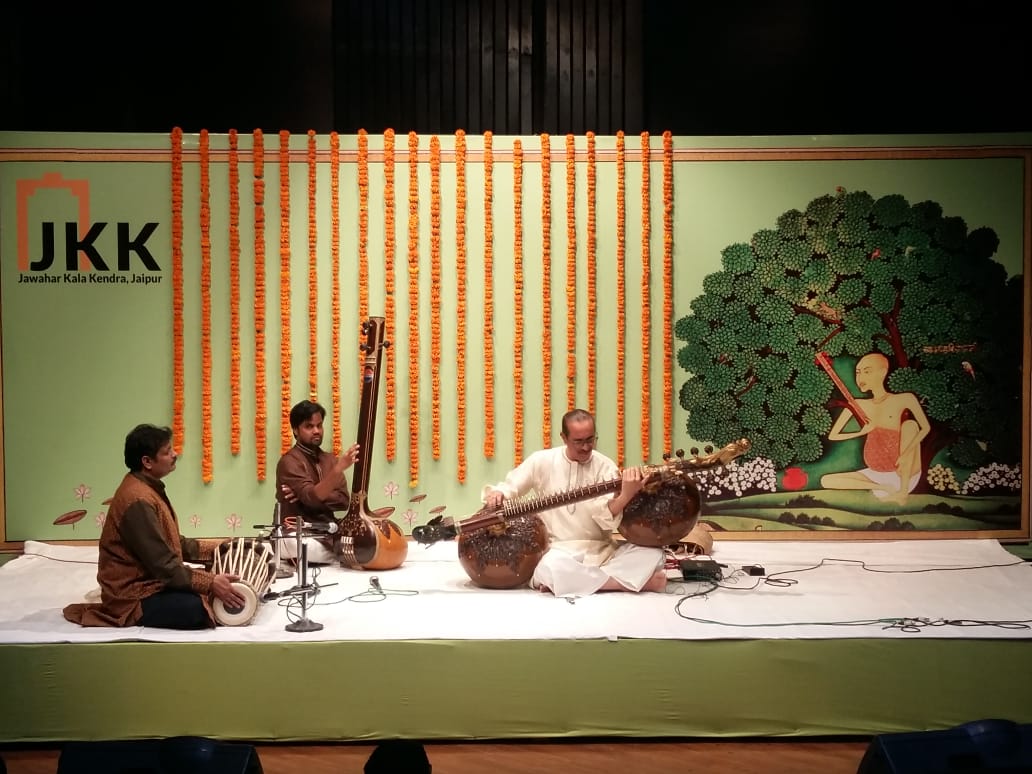 ECHOES OF CLASSICAL MUSIC AT JKK

Dr. Madhu Bhatt Tailang began with Yajurveda Mangalacharan in Raag Hanskinikini. She then performed Swami Haridas’s composition in chautaal –‘ Bolbaant Ladkari Aad Kuad Aadi Sahit bol, Ab Ho Kaaso Bair Karo’ in Raag Hanskinini and Guru Pt. Laxman Bhatt Tailang’s ‘Bol Kanha Mose Khelat Brijori’ in Raag Jogeshwari. Her presentation also included Kalyan Raagmala, 26 types of ‘Kalyan ang’ composed by her. She was accompanied by Praveen Arya on Pakhawaj, Dr. Shyam Sundar Sharma and Omprakash Nair on Tanpura.  It is to be noted that tomorrow (29 September) will be concluding day. There will be a symposium in the morning from 10:30 am to 1:30 pmwhere Sukhad Munde with Mrinal Upadhyay, Pt. Umakant Gundecha with Pt. Ramakant Gundecha (Padma Shree) and Shabana Dagar with Iqbal Khan will be discussing Dhruvpad.  Later in the evening, the festival will conclude with Pakhawaj duet of Sukhad Munde with Mrinal Upadhyay followed by vocal recitals by Pt. Umakant Gundecha with Pt. Ramakant Gundecha.