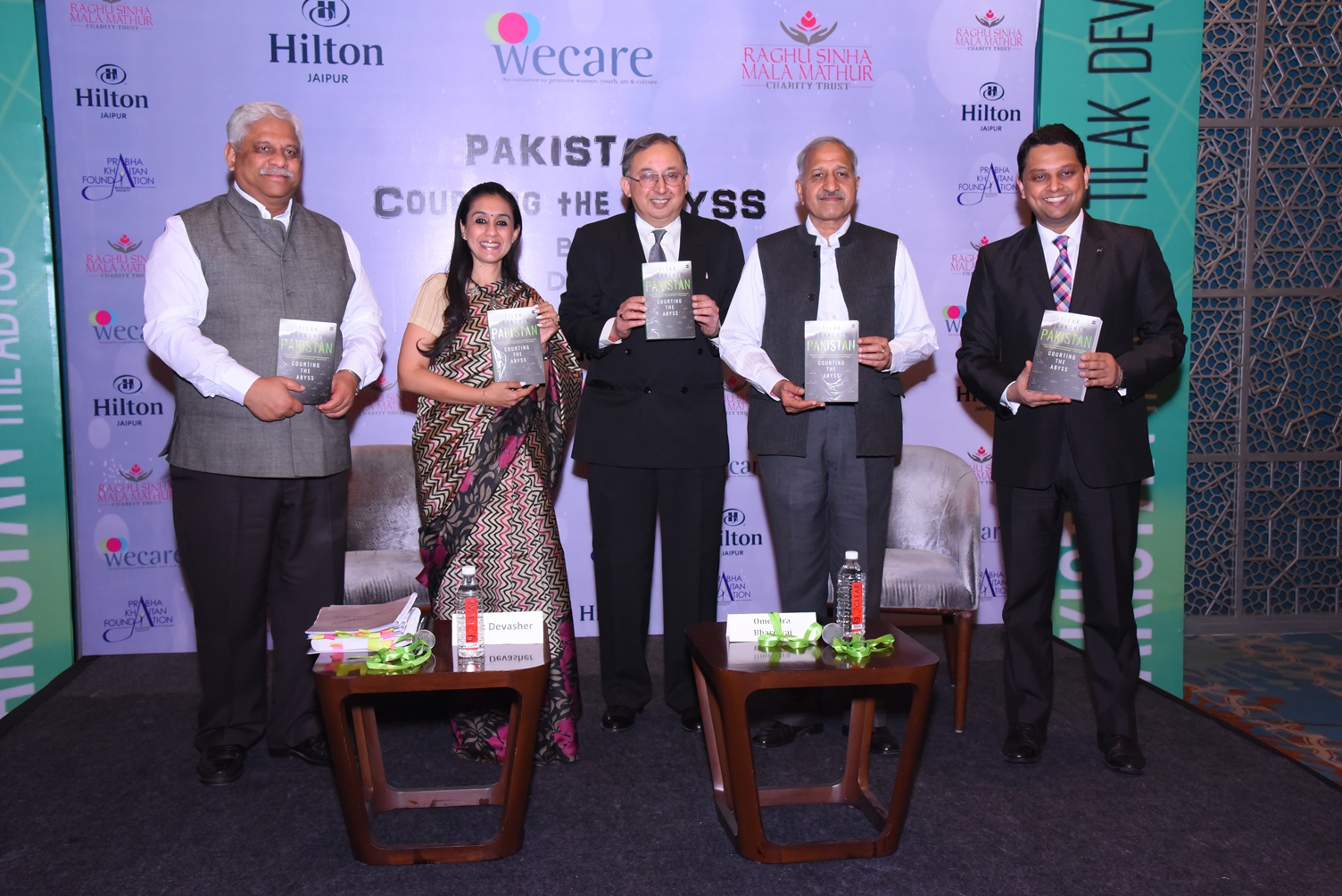 Jaipur, 10 February: Lord Mountbatten and the British were aware of the terminal illness of Mohammad Ali Jinnah and they advanced India’s partition by almost 6 months. This was stated today by Pakistan expert and commentator, Mr. Tilak Devasher at the launch of his book Pakistan: Courting the Abyss today at Hotel Hilton in Jaipur.

The book launch was organized by Prabha Khaitan Foundation, We Care, Raghu Sinha Mala Mathur Charitable Trust and Hotel Hilton. The author was also in conversation with Former DG, Police, Rajasthan, Mr. Omendra Bhardwaj who is also a fellow classmate of Mr. Devasher in Mayo College in Ajmer.

The author categorically said that none of the Congress leaders were aware of Jinnah’s illness. His doctor in Mumbai did not disclose that he was ailing from cancer because of moral ethics. Had the Congress leaders known about the illness they would have delayed the partition. It was in the interest of the British to create Pakistan rather than have a united India, he said.

The author took the audience on a journey of Pakistan by answering questions like Why is Pakistan such an inhospitable and troublesome country? What is happening inside Pakistan? Why is Pakistan a nuisance to other states?

He spoke of special factors in the Pakistan Movement which happened in 1945-46. He said that opportunistic and tactical use of religion, dependence on the British, seeking parity with India especially military parity, Pakistan’s inability to find its true identity has made the country a problem state.  Furthermore, the spurring of terrorism in the region and the army domination in the country were instrumental in not bringing about a change in the mindset of the countrymen were further leading to the abyss of the country.

He explained that the WEEP factors – ‘Water, Education, Economy and Population’ is questioning the survival of Pakistan. Water scarcity is a major concern for the country as Pakistan is unable to efficiently use  water.

Talking about population of Pakistan, Devasher said that unlike the Malthusian theory, which looks at population of a country as a whole, modern demographers focus on the age structure of the population. Lack of investment in education makes the massive youth bulge in the country susceptible to terrorism. The author believes the country requires a  vision and determination to pull itself out of the Abyss.