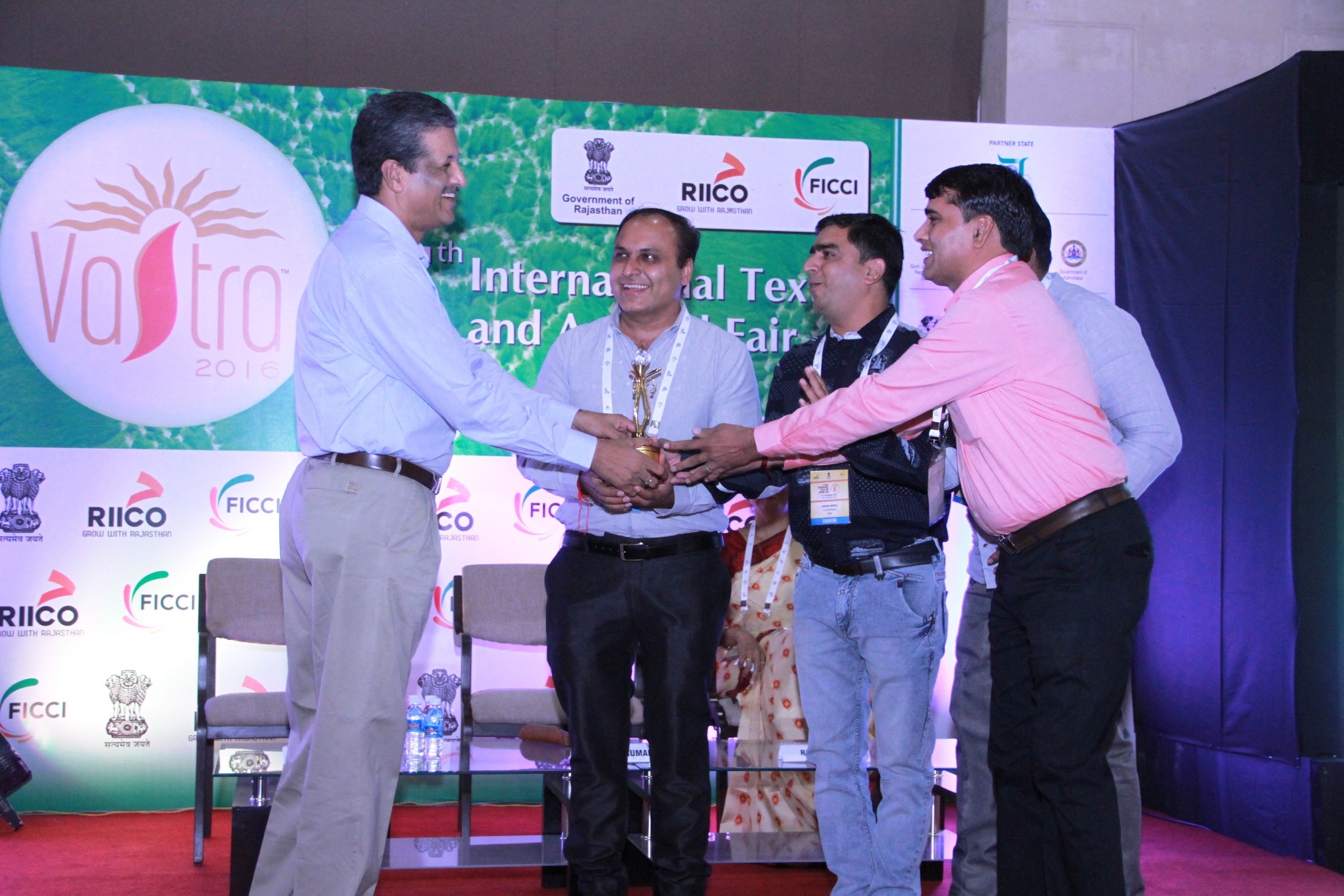 Awards Under Six Categories Given

It is to be recalled that the 4-day international apparel and textile fair, ‘VASTRA-2016’ is being organized by the Rajasthan State Industrial Development and Investment Corporation Ltd. (RIICO) and Federation of Indian Chambers of Commerce and Industry (FICCI) at Jaipur Exhibition and Convention Centre (JECC). The concluding day (23 October, Sunday) of the ongoing International Textile and Apparel Fair – Vastra – has been especially designed for B2C activities. The fair will be open for the general public on this day from 10 am to 8 pm on 23 October.