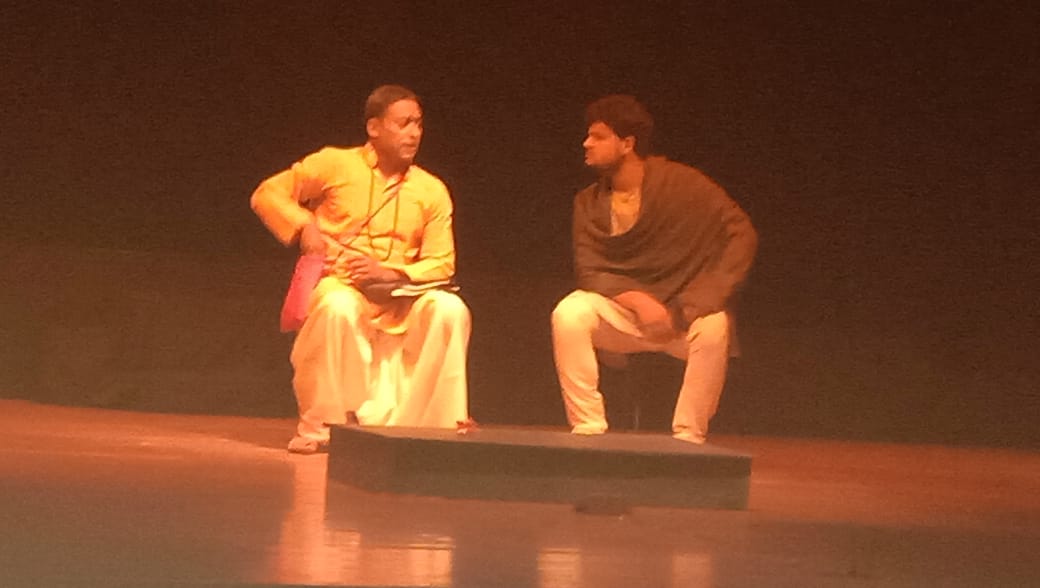 Play ‘Daak Ghar’ was staged on the second day of ’Yuva Hindi Natyotsav’ at Ravindra Bhawan, Vasco Da Gama in Goa. Based on a story by Rabindra Nath Tagore, this play touched the hearts of the audience. The Additional Director General (ADG) of JKK, Mr. Furkan Khan and director of the play, Mr. Sanket Jain were present during the occasion. This play commissioned by JKK revolved around the agony of a lonely boy.

It is to be noted that the 4-day festival is being organized by JKK in association with Art and Culture Department and Ravindra Bhawan in Goa. As a part of the festival, ‘Kirtan’ directed by Ambika Kamal and ‘Meera’ directed by Sahil Ahuja will be staged on 28 and 29 June respectively.

Plot of the play

The play is set in the rural Bengal of 20th century. A boy named Amal is suffering from an incurable disease. He is incapable of going out of his room due to his disease so he starts talking to people who pass by his room’s window. One girl, Shudha brings a flower for him every day. Meanwhile, Amal gets very happy when he gets to know that the king is opening a ‘Daak Ghar’ in his neighbourhood. Amal wishes that the king writes a letter to him. As the play continues the head of the village gets to know about Amal’s wish and decides to fool him using a fake letter from the king which says that the king would come to meet Amal. In the end Amal dies and at the same time Shudha brings flower for him.

It is to be noted that young directors were selected by a committee of theatre experts of JKK in September 2018. A grant of Rs. One Lakh rupees was given to each of the selected directors to prepare the play. These plays have already been staged at JKK and now are being staged in Goa.