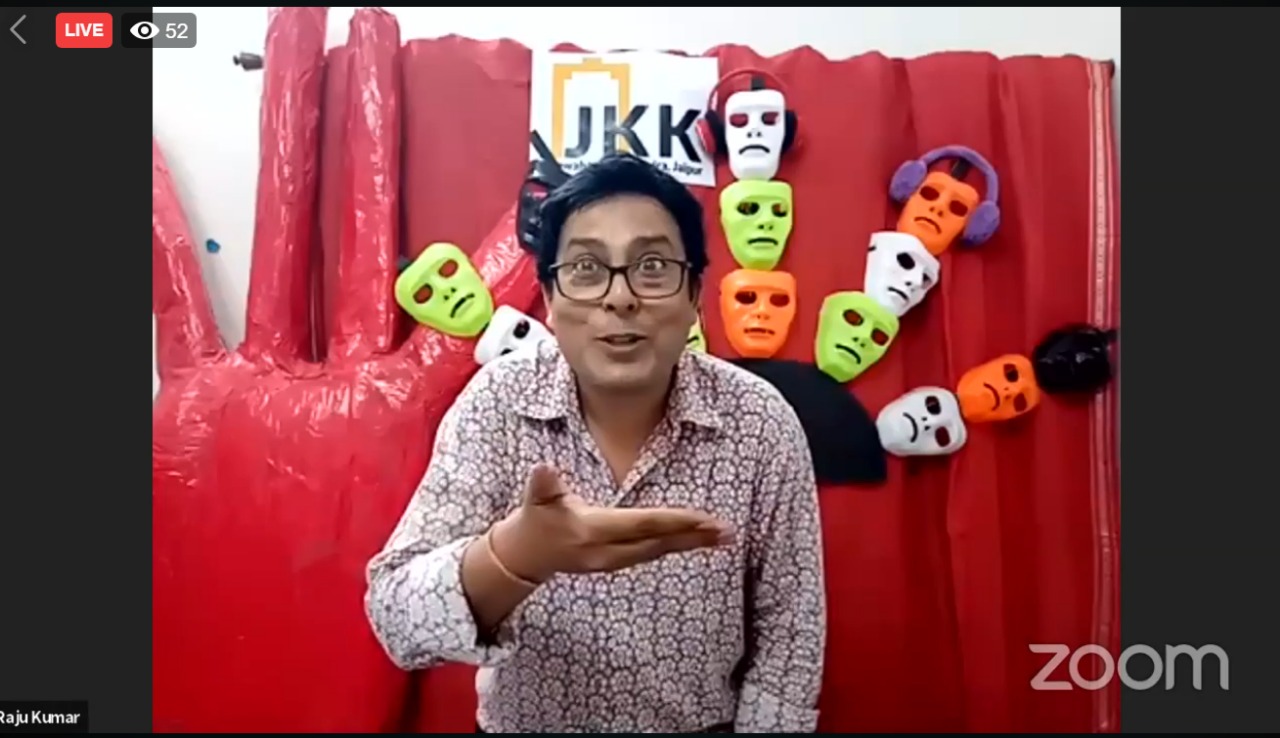 As a part of a series of art talks being organised weekly by Jawahar Kala Kendra (JKK), art talk – ‘A Journey with Indian Sculptures Through the Ages’ was presented by eminent art historian, Dr. Vijay Mathur. The talk focused on understanding what is Indian art and its significance throughout the ages. It spanned over the Indus Valley Civilisation, Maurya Empire, Gupta Dynasty, Vakataka Empire, among others.

The talk began with a brief introduction to what is Indian art and what defines it. Following this, the historian discussed the story of the Indus Valley civilisation with a focus on Mohenjo-daro and Harappa. Traces of this civilisation was found later across various sites such as Kalibangan, Rupar, Rakhigarhi, Banawali, among others, he said. Similarly, he also spoke about the Mauryan period beginning with the reign of Chandragupta Maurya. The talk then moved on to the reign of ‘Ashoka the Great’ and how he is remembered for erecting the Ashoka pillars, edicts and for establishing various other monuments for the welfare of the people. The viewers also had a glimpse into the art of that time.

After this, Dr. Mathur highlighted the ‘Shunga Dynasty’ which was founded by the  Brahman Commander-in-Chief, Pushyamitra, who assassinated the last emperor of the Mauryas. He further spoke about the two schools of Buddhism– ‘Hinyana’ and ‘Mahayana’. ‘Hinyana’ believed in the symbolic form of worship whereas, ‘Mahayana’ regarded Buddha as ‘God’. The ‘Shunga Art’ was symbolic in nature where one can find Buddha’s footprint, empty throne, Bodhi tree among others.

The art talk was followed by a session on ‘Theatre’ organised on the 11th day of the ongoing ‘Online Learning – Children’s Summer Festival’. The session aimed to encourage theatre enthusiasts to use their face and eyes for expressing emotions and feelings on stage. It was conducted by theatre strategist, Mr. Raju Kumar.

The session began with an introduction to the significance of emotions and expressions for a theatre actor. The artist then demonstrated the 9 emotions of ‘Navras’. These included – Shringara (love and beauty), Hasya (joy and laughter), Karuna (sorrow and compassion), Bhayanaka (fear), Adbhuta (surprise), among others. This was followed by a storytelling session of some friends attending a birthday celebration and various incidents that take place with them. The viewers were given the task to record the expressions they learned during the sessions and send them to JKK.

Tomorrow’s Programme on Friday, 29 May

Tomorrow on Friday, 29 May, there will be a performing arts online learning session on ‘Theatre’ by Ms. Kajal Suri from 5 pm to 6 pm. The session will focus on voice modulation and diction in theatre.