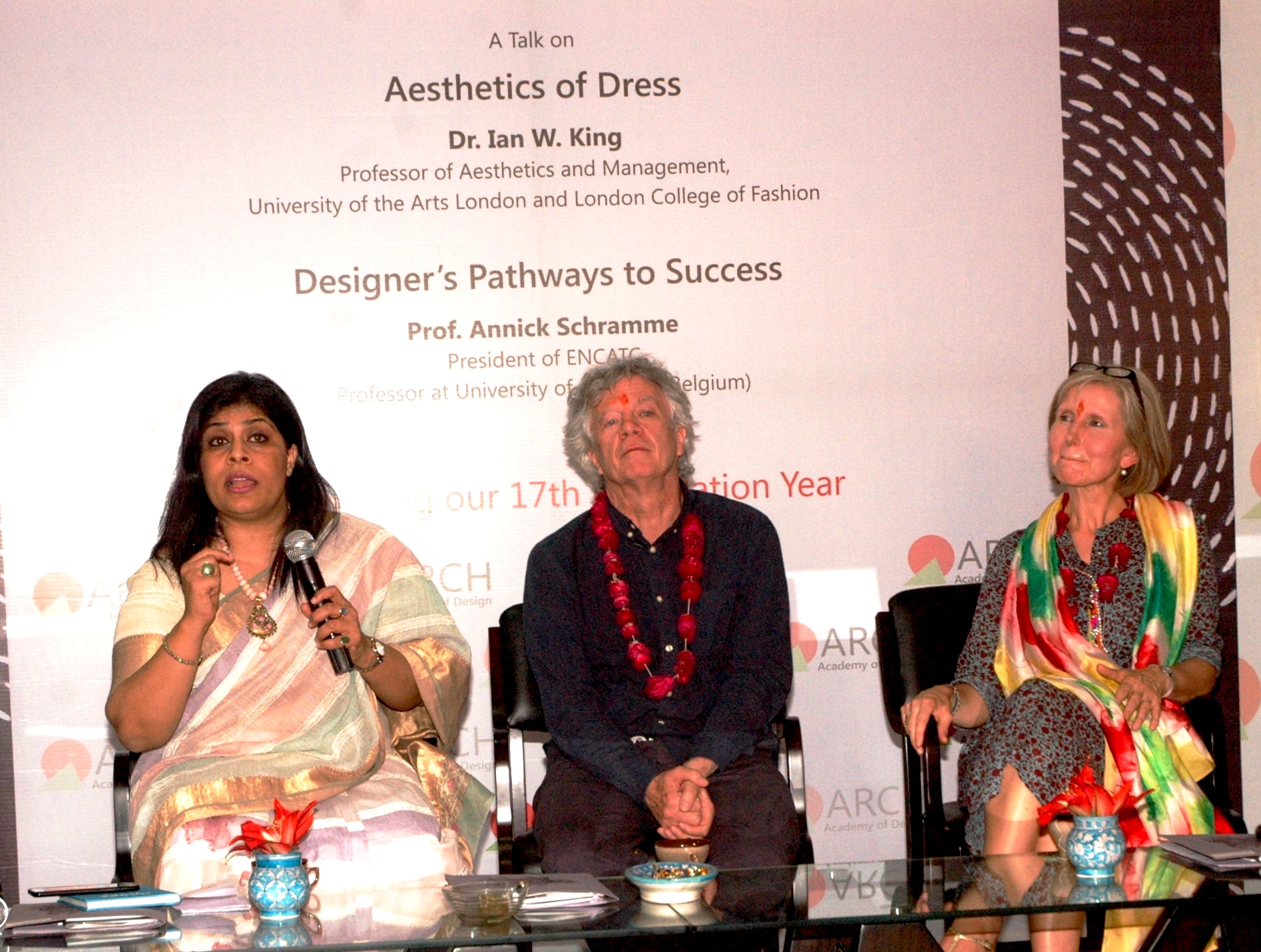 With Support from Rajasthan Government

Jaipur, 5 April: The ARCH Academy of Design (ARCH) will be hosting an international Cultural Governance workshop on 8 April in Gurgaon. As the host partner institution in India, the Arch Academy of Design, Jaipur, is collaborating closely with the conductors of the cultural governance  project. Government of Rajasthan is providing support as a partner for the event. This was informed today by ARCH Founder and Director, Ms. Archana Surana in a press conference.

During the conference Professor Ian King said that an international Cultural Governance project is underway, whereby information from eight countries (Ethiopia, Taiwan, China, India, Australia, South Africa, Brazil and Serbia) is being collected to generate a pool of knowledge. This will help in improving the quality and practice of cultural governance across the globe. The results of the study from these eight locations will be collected together and re-produced in a book that will be published by Peter Lang in late 2018 and consequently, the collected information and primary data would be returned back to the location & source so as to be available for anyone to use for future studies.

The press conference was followed by a prelude of the Gurgaon workshop as a part of Chrcha- Creativity Meet on Cultural Governance.

Earlier, Professor Ian King and Professor Annick  Schramme has addressed students from various schools and design schools and teachers on “Aesthetics of Dress” and “Designer’s Pathways to Success” respectively.

It was also announced by Ms. Surana that the ARCH Academy of Design (ARCH) will open its new campus in Gurgaon on 7 April. It will be inaugurated by both Professor Annick Schramme and Professor Ian King.