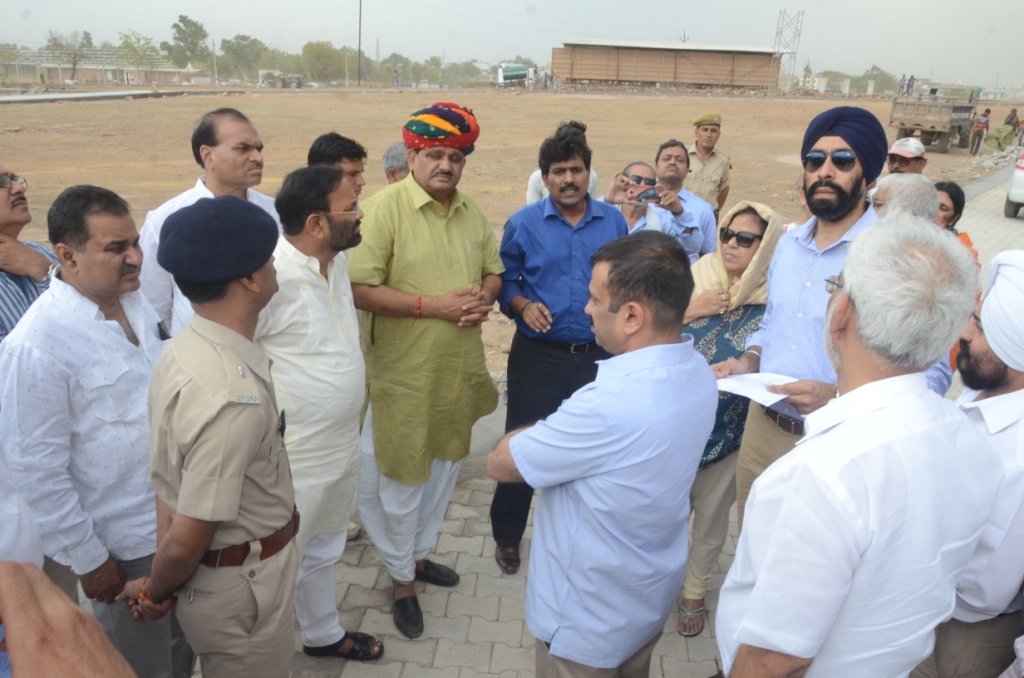 Jaipur, 8 May: With a little over two weeks left for the 3-day Global Rajasthan Agritech Meet (GRAM) in Kota, Minister for Agriculture, Dr. Prabhu Lal Saini today reviewed preparations for the mega agri-event. The event will be from24 to 26 May at the RAC Parade Ground. It is being organized by the Government of Rajasthan and Federation of Indian Chambers of Commerce & Industry (FICCI).

On behalf of FICCI an elaborate Power Point Presentation was made on the various aspects of the event like the inaugural session, exhibition, smart farm, conferences, among others. It was informed that around 30,000 farmers are expected to attend.

Dr. Saini directed that the ‘jajam baithaks’ should be subject oriented and as per the interest of the farmers. They should focus on the various issues pertaining to the crops of the region like wheat, mustard and coriander so that farmers can benefit from the interaction. The speakers invited to address and interact with the farmers at these forums should be able to answer the queries of the farmers in a lucid manner. He also said that interpreters should be present at the conferences and seminars so that there was no language barrier.

Dr. Saini further directed that live demonstrations must be ensured at the Smart Farm being set up at the event. Furthermore, it should be theme based. There should also be a special section for beekeeping at the smart farm. The Minister also emphasised that opportunities for collaboration should be explored for olive processing units and introducing pistachio cultivation in the region.

The Minister also took a round of the RAC Parade Ground and inspected the respective areas for exhibition, inaugural session, seminars and jajam baithak. He expressed satisfaction at the progress of the preparation taking place at the parade ground.

Later the Minister flagged off a rally of auto rickshaws with the logo of GRAM on them at Tagore Bhawan. Principal Secretary Agriculture and Horticulture, Ms. Neelkamal Darbari also interacted with the potential investors of agriculture and allied sectors.

Also present on the occasion were the Members of the Legislative Assembly, Mr. Prahlad Gunjal, Mr. Bhawani Singh Rajawat, Mr. Heera Lal Nagar, Mr. Ashok Dogra and other senior officials of the Government and FICCI.