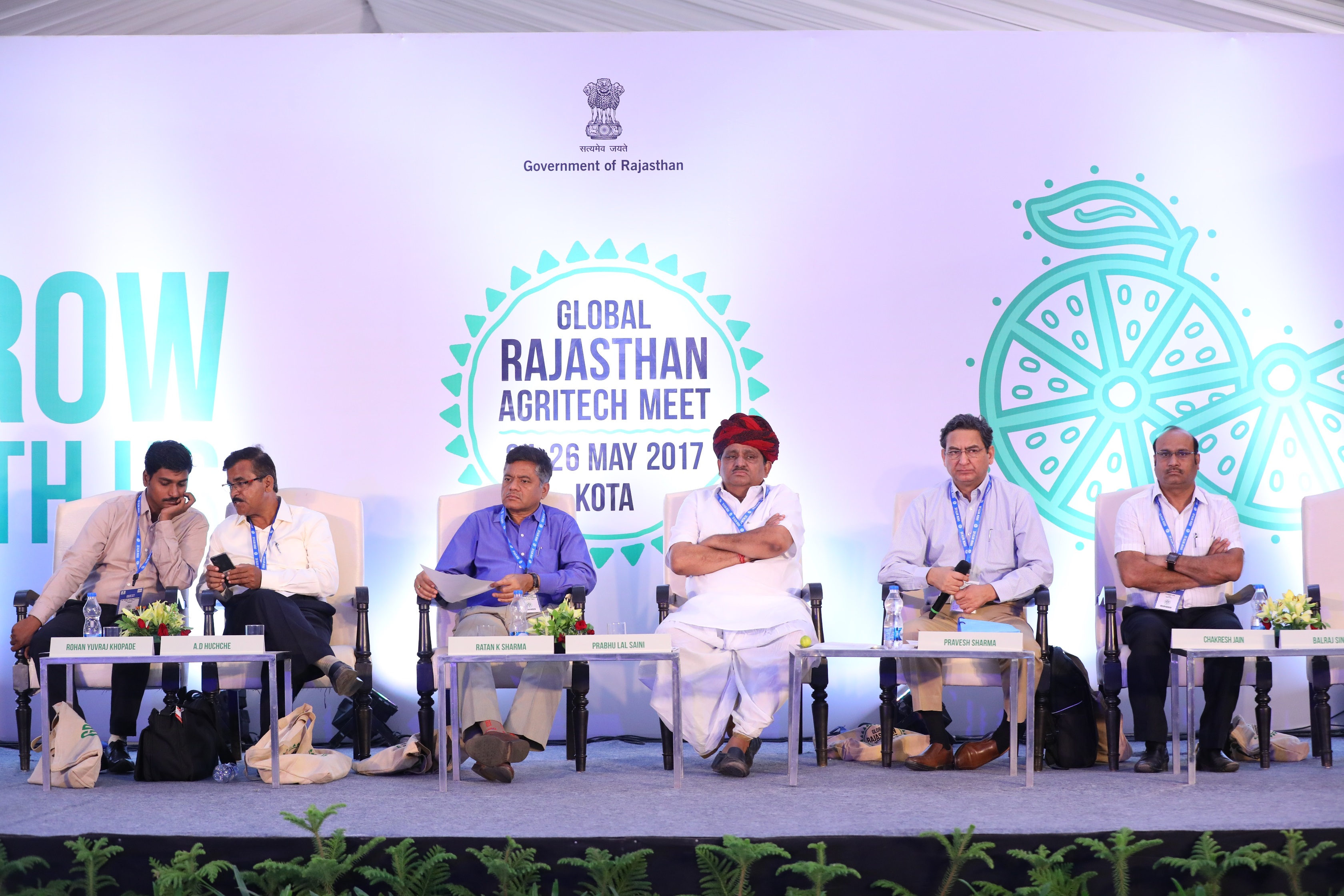 Kota, 24 May: The inaugural day of Global Rajasthan Agritech Meet (GRAM) 2017 witnessed a session on ‘Agricultural Abundance of Kota: Strengths and Prospects’. The seminar threw light on how to create wider value chains based on the products of Kota division. Chaired by CEO Sabziwala and Advisor, FICCI, Mr, Pravesh Sharma the seminar also underlined the need to market the products of the region on a national and international level.

During the session, Rajasthan Minister for Agriculture, Mr. Prabhu Lal Saini said that Kota Division has abundant opportunities in the areas of soyabean, coriander, citrus and seed spices. Even though there is immense production in the state for these crops, the fields of production, processing and value addition need more investment and innovation. He also stressed on the need for copious research and study in these areas.

Director, India and Asia Subcontinent, US Soybean Export Council, Mr. Ratan K Sharma highlighted the business potential of soy food processing in India. Mr. Sharma said that soy is the world’s leading food crop to feed both people and livestock as due to its features like low cost and high quality.

Mr. Chakresh Jain of Bunge India gave a presentation on the potential for growth of mustard rapeseed in Rajasthan. He said that the soil-water combination is well suited for the growth of this crop. However, the farmers are shifting to other crops due to more profitability and productivity. There is  need for increase in the yield of mustard which is crucial for India’s food security and farmers’ well being, he added.

Vice Chancellor, Jodhpur Agricultural University, Prof. Balraj Singh highlighted the processes of production, technology and value addition of seed spices. He suggested measures such as using high yielding, disease resistant varieties, low pressure drip irrigation, use of sheds and tunnels for cultivation, during summers, among others.

Principal Scientist, ICRISAT, Dr. Rohan Yuvraj Khopade gave a presentation on ‘Technologies for Semi Arid Regions’. He emphasized the overall concerns in Indian agriculture. Furthermore, he highlighted the principal problems in semi arid regions relating to agriculture such as water, soil, heat and wind as well as disease and pest problems. He also suggested possible solutions like maintaining soil health, ecosystem biodiversity and integrated management approach, among others.