2 LAKH YOUTH HAVE BEEN TRAINED IN RAJASTHAN IN LAST 3 YEARS — Chairman, RSLDC 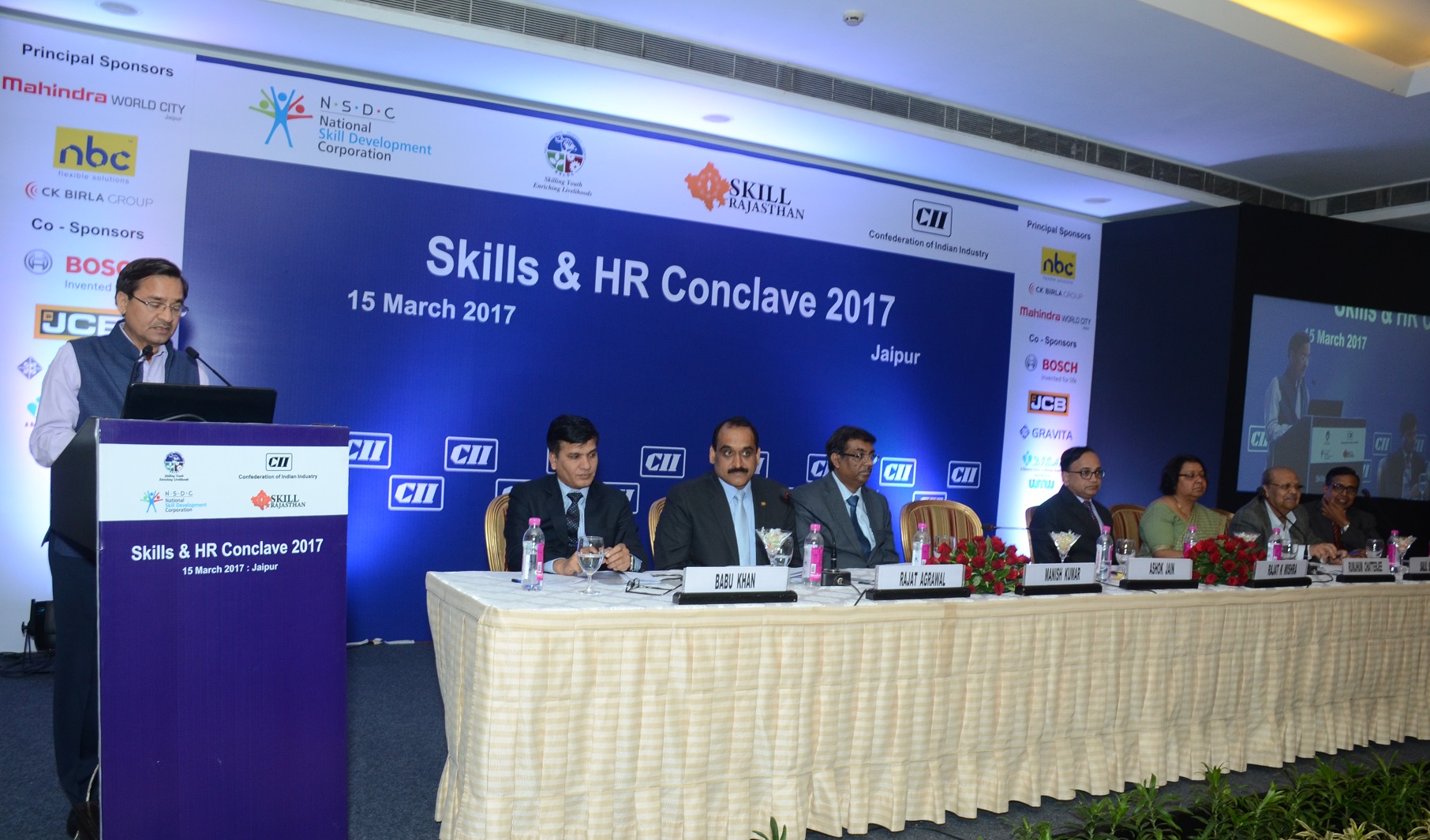 2 LAKH YOUTH HAVE BEEN TRAINED IN RAJASTHAN IN LAST 3 YEARS — Chairman, RSLDC

Jaipur, 15 March: As many as 2 lakh youth have been trained in Skill Development Centres in Rajasthan in the past 3 years.  Another 21 thousand youth are currently undergoing training in the 280 Skill Development Centres across the State. The number is continuously on the rise with the primary objective of imparting quality training to the youth of Rajasthan. This was stated by the Additional Chief Secretary, Social Justice and Chairman, Rajasthan Skill and Livelihood Development Corporation (RSLDC), Government of Rajasthan, Mr Ashok Jain today at the ‘Skills & HR Conclave’ organized by the Confederation of Indian Industry (CII) in Jaipur. The theme for the conclave was: “Education to Skilling to Employment: Designing a System that Works”.

Mr. Jain further stated that in today’s time the conventional courses are dying out and a change can be seen in the employment pattern of the market. It thus becomes imperative to shift the paradigm of skilling from traditional jobs to demand based jobs, he said. Keeping this in focus the Department of Skills, Employment and Entrepreneurship of Rajasthan has taken proactive steps to foster the growth of skilling.  Citing examples he said the Centre of Excellence for Tourism Training (CETT) in Udaipur is providing training in the tourism sector and the Jaipur based ILD University is the first Skill University of the country. Among the forthcoming projects are: the Bhartiya Skill Development Institute in Jaipur as well as the Japan-India Manufacturing Institute ate Neemrana.

Earlier, Principal Secretary Labour, Government of Rajasthan, Mr Rajat K. Mishra said that the Chief Minister of Rajasthan, Smt. Vasundhara Raje has a huge vision for the growth of skill development in the State. Her vision for 2020 clearly defines how skills will play a pivotal role in providing livelihood to the youth of the State. He further stated that the State Government was giving high priority to the ITIs and will be spending Rs. 1000 crores on their upgradation and making them relevant. A large number of prestigious industrial partners like Bosch, Samsung, Toyota, Maruti, Pidilite, etc. have joined hands with ITIs and are providing quality training to the youth. He further said that multi-skilling was very important for the youth undergoing training especially in terms of communication and English speaking skills.

Managing Director, National Skill Development Corporation, Ministry of Skill Development & Entrepreneurship, Mr Manish Kumar in his address said that demand and supply is critical for the skilling eco system. India is poised to become the skill capital of the world, he said, and will be spending a whopping Rs. 32,000 crores in skill development.  24 Pradhan Mantri Kaushal Kendra (PMKK) have been setup which will provide state-of-the-art training to the youth based on supply and demand. He said those youth undertaking training at these Kendras were also eligible to get Angel Funding to the tune of Rs. 75,000 to Rs. 1 lakh for setting up basic projects.

On the occasion, the Chairperson of the CII Northern Region, Ms Rumjhum Chatterjee said that there are 5 kids of transitions taking place in India currently in terms of employment. They are : from farm to non-farm; rural to urban; unorganized to organized; subsistence level earning to a decent wage and finally from school to work. The skills and training which needs to be imparted to the youth must bear in mind the above transitions. Currently, there is a huge mismatch between the talent and the jobs available.

The Chairman, Secure Meters, Mr Salil Singhal threw light on the fact that increasingly more employment is going to be in urban areas with a worldwide trend of decrease in agriculture employment. Citing global statistics, he said, that now only 3 to 5% youth were involved in agriculture. Yet another challenge for employment was related to huge technology leap which was reducing the human interface. The above factors need to be borne in mind for skill development.

The Chairman, CII Rajasthan State Council, Mr. Rajat Agrawal in his welcome address said that skilling was high on agenda for the CII. It was working closely with the country as well as the different States for appropriate skill development. While proposing the vote of thanks, the Vice-Chairman, CII Rajasthan State Council, Mr Basantt Khaitan said that skilling for the differently abled should also be kept in mind.