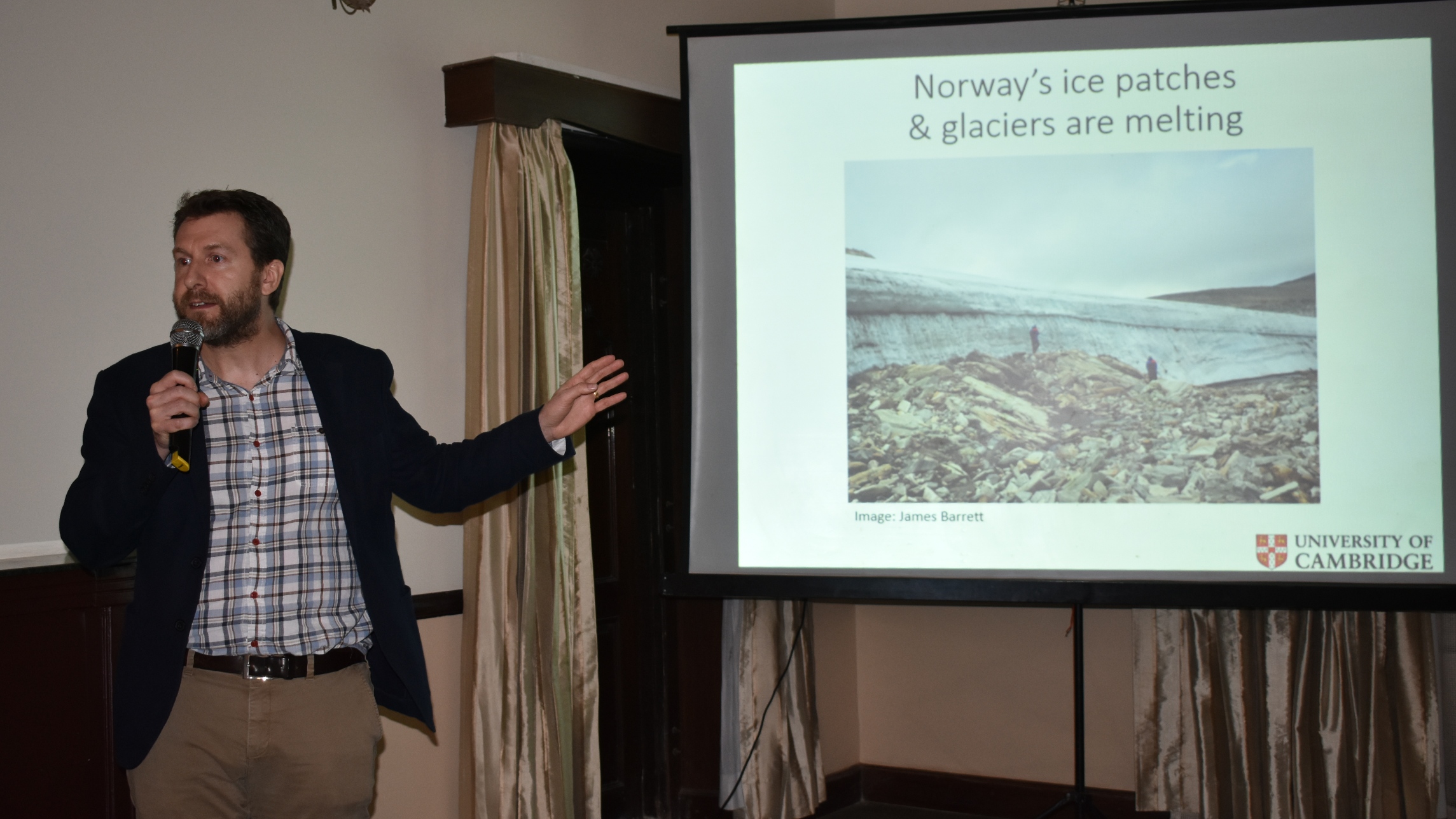 A special talk by leading authority on medieval archaeology, Cambridge University, UK, Dr. James H. Barrett was held  at the Ashok Club. Taking the example of Reindeer and Walrus hunting, Dr. Barrett threw light on how the environment shapes human society and how humans, in turn, impact the ecology. The session was moderated by historian and Professor, Mr.  Abhimanyu Arha.

Dr. Barrett spoke about how walrus ivory was used in medieval Europe as well as Mughal India and Persia. In addition to being a status symbol, it was used to make decorative pieces and functional objects as well. He also showed images of the ‘Archers Ring’ made from walrus ivory dated early 1600s from the MSMS II Museum in City Palace.

The speaker pointed out that during the late middle age in Europe, a decline was observed in the walrus ivory trade. He pointed out three reasons for the same – while hunting of Walrus and colder climate led to its dwindling population, it is also possible that the availability of elephant ivory led to decline in its trade. However, with the discovery of Svalbard in 1596, walrus ivory becomes common and popular again.

Reindeer hunting on mountain ice leading to melting of Norway’s ice patches and glaciers was another example Dr. Barrett cited to explain the impact of human activities on ecology.

This was followed by an interesting question and answer round. Earlier, the Convener Mr. Ajay Singha welcomed the speaker and the guests 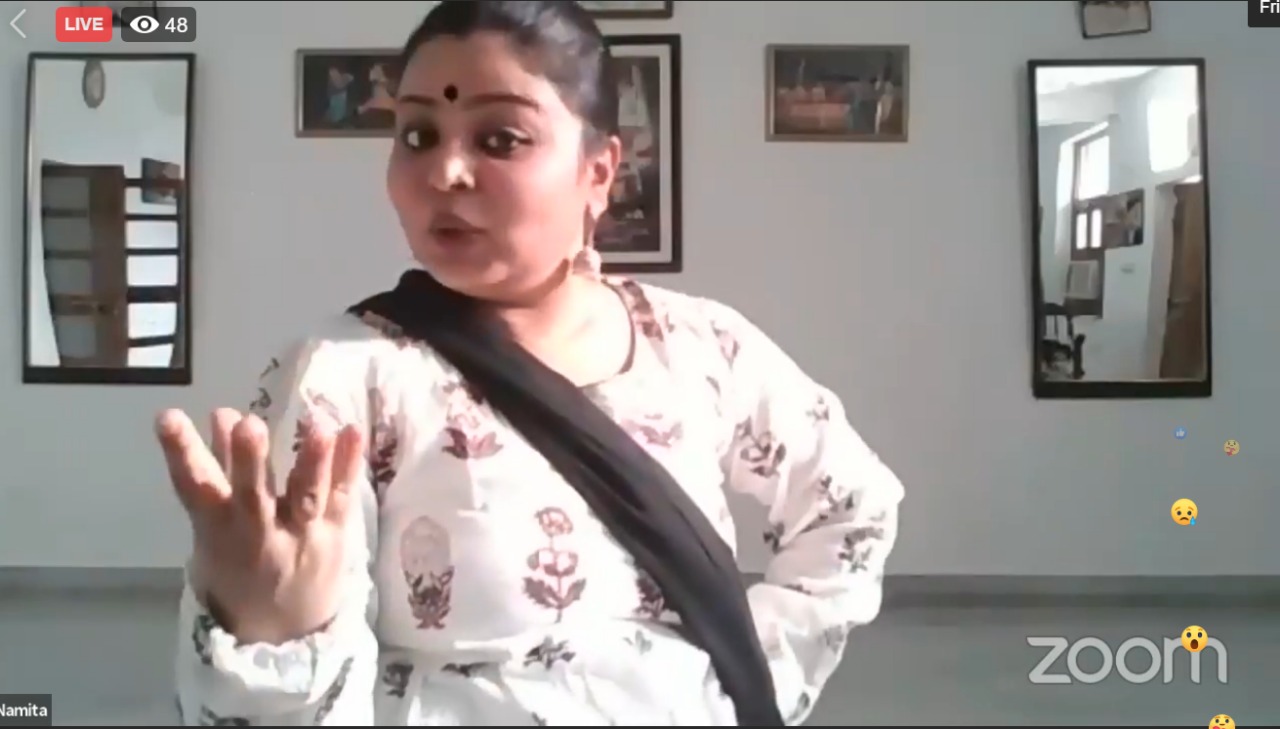 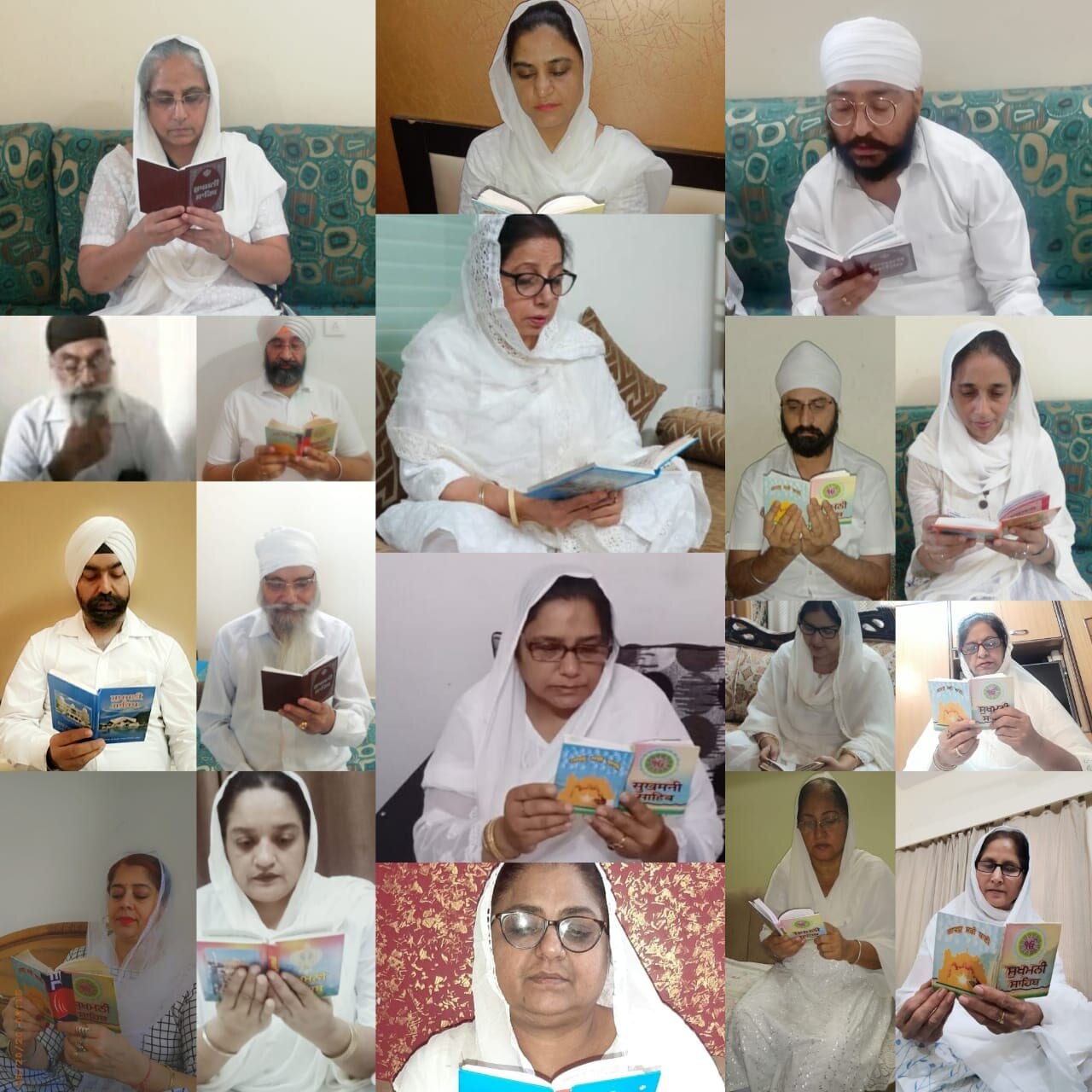 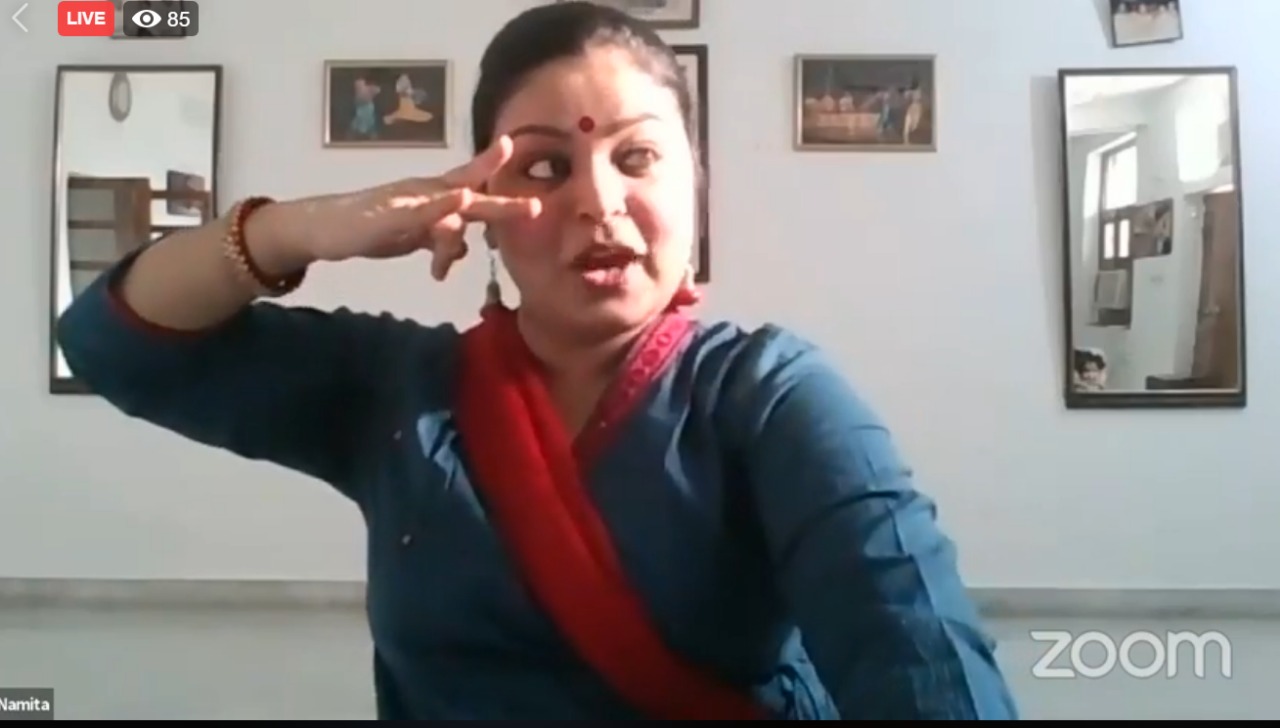